The World Food Center hosted the California Department of Food and Agriculture, the Air Resources Board and the Department of Conservation in a forum on California’s climate plan.

Degradation, drought, land conversion for development, intense heat, an explosion of invasive species from the warmer winters: California agricultural lands are already experiencing many significant threats, said Jenny Moffitt. As the deputy secretary for the California Department of Food and Agriculture, Moffitt was speaking to a group of 67 faculty researchers, policymakers and outside experts convened by the World Food Center. Their goal was to assemble the best science for informing how the state can meet a new target for reducing emissions by 2030.

Established under AB 32, California's internationally recognized Global Warming Solutions Act was signed into law in 2006. The Air Resources Board has recently launched an update to the state's Scoping Plan for AB 32 and in early February UC Davis researchers weighed in.

The groups shared thoughts on how to calculate the emissions from different practices, what goals can be set, gaps that need more research and economic implications.

"When we talk about farmland conservation, let's think boldly," said Jeanne Merrill, policy director for the California Climate and Agriculture Network. "If we don't act, the worse affects of climate change put agriculture on the front line."

It will take a whole-system approach that integrates a number of mitigation practices, from reduced tillage to intercropping and cautious land use planning. She added that these techniques are being adopted globally through Climate Smart Agriculture, a movement and Global Alliance that UC Davis belongs to.

"Agriculture is a complex economic, ecological system and we have a world that wants it simple, black and white," said Gabriele Ludwig from the Almond Board.

Just as AB 32 affects multiple sectors, so do the tradeoffs for the plan, especially when it comes to major California issues like water and the drought.

Rural communities, where the country gets its food, would be the most impacted by a cap and trade policy. Often they experience environmental policy changes more than the rest of society, a concern that CDFA Secretary Karen Ross and U.S. Agriculture Secretary Tom Vilsack share.

"I constantly wonder what it's like to be a small grower and stay in compliance," said Cynthia Cory, who handles environmental affairs at the California Farm Bureau Federation and was urging the group to include a lasting value for farmers within the measures. "We have the most stringent climate change program in the world in this state."

In international policy, the United Nations climate change talks in 2015 were controversial for not including agriculture. Jeanne Merrill pointed out that this was not the whole story. Of the pledges leading up to the convention, 103 national governments incorporated agricultural strategies like carbon sequestration or reducing potent gases like methane or nitrous oxide.

According to the World Food Center's Josette Lewis, California is setting an example for the world. The state has set ambitious targets and is leveraging the best science to create a climate-resilient future for its agricultural economy. 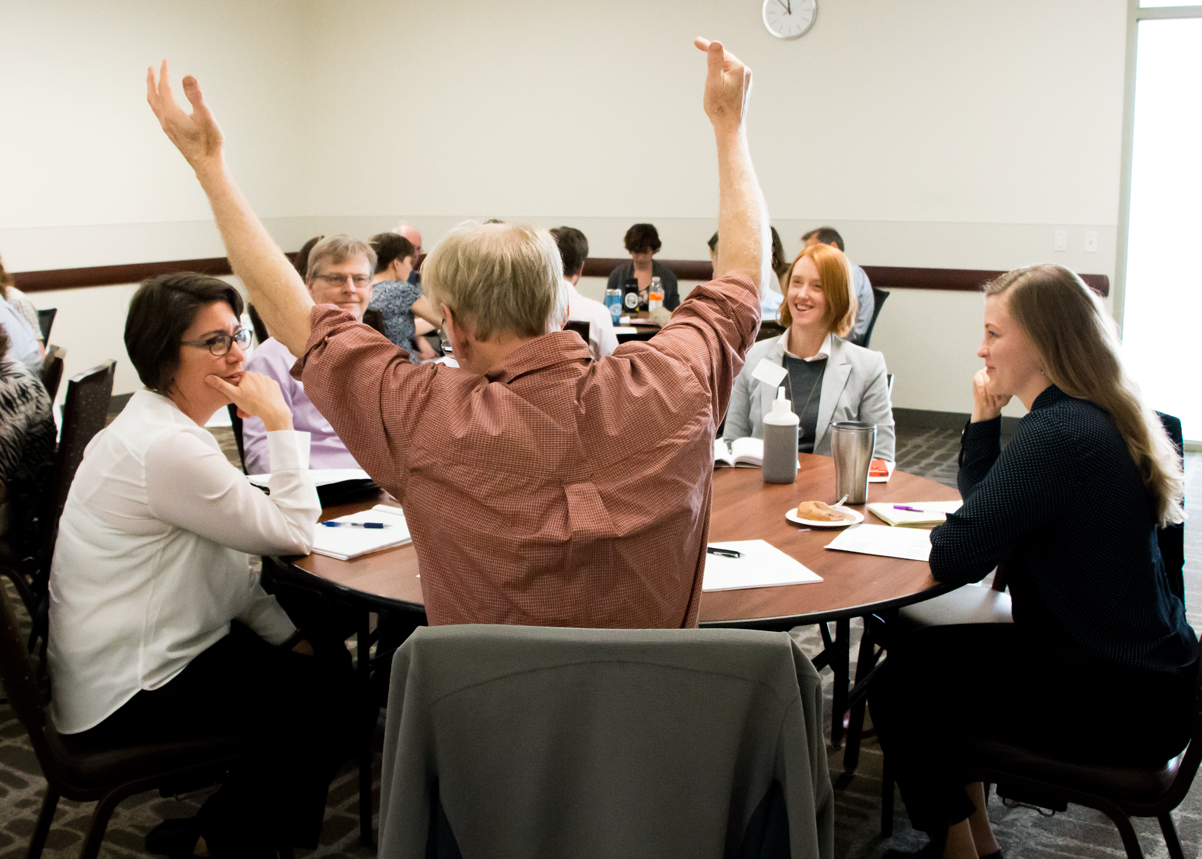