From Lab to Launch (Comstock's Magazine)

UC Davis (including the World Food Center) churns out startups by giving its researchers a chance to mix with — and think like — entrepreneurs.

The two UC Davis agtech startups, working closely with the World Food Center, have also been highlighted by TechWire, AgFunder News and other publications recently.

Interim director named for Innovation Institute for Food and Health

The institute serves as the World Food Center's innovation arm, engendering collaborations across the UC system and beyond to advance new discoveries and stimulate innovation.

Water usage may be California's No. 1 topic in 2015—and last year and the one before that. As the state enters its fourth year of drought, everyone is seeking new options for monitoring and usage of this precious resource.

The World Food Center's Josette Lewis hosted the Big Bang! awards ceremony, which included a $3,000 award from the center in the (growing) category of Food and Agriculture.

The story on the new World Food Center - China and the food safety agreements tied to it was also highlighted in the Sacramento Business Journal, Food Safety News and Food Quality News.

Chancellor Katehi, President Napolitano on the World Food Center and the Cost of Obesity at the Brookings Institution.

AGree is partnering with UC Davis’ World Food Center to develop a collaborative demonstration project to identify scalable approaches for improving health through food and nutrition in California agricultural communities.

The WFC and UC Davis are teaming up with California climate and ag agencies, the UC Global Food Initiative and Wageningen UR—the #2 ag university in the world—to adapt food systems to a changing planet.

“As the world is changing in terms of rising income and population,” says Josette Lewis in this Davis Enterprise profile, “the role of agriculture is changing.”

Climate Change Through the Lens of Food Security

LIsten to the World Affairs podcast with the WFC's Josette Lewis.

"Net Impact chose to launch the sustainable food think tank at UC Davis because of its rich agricultural history and its investment in global hunger solutions."

WFC Director Roger Beachy explains in this op-ed the importance of reaching across academic disciplines and bridging the divide from university and industry partners.

IFAL's Pamela Ronald isolates genes in rice that feeds millions. Her integrative approach to agriculture could be an even bigger game-changer. 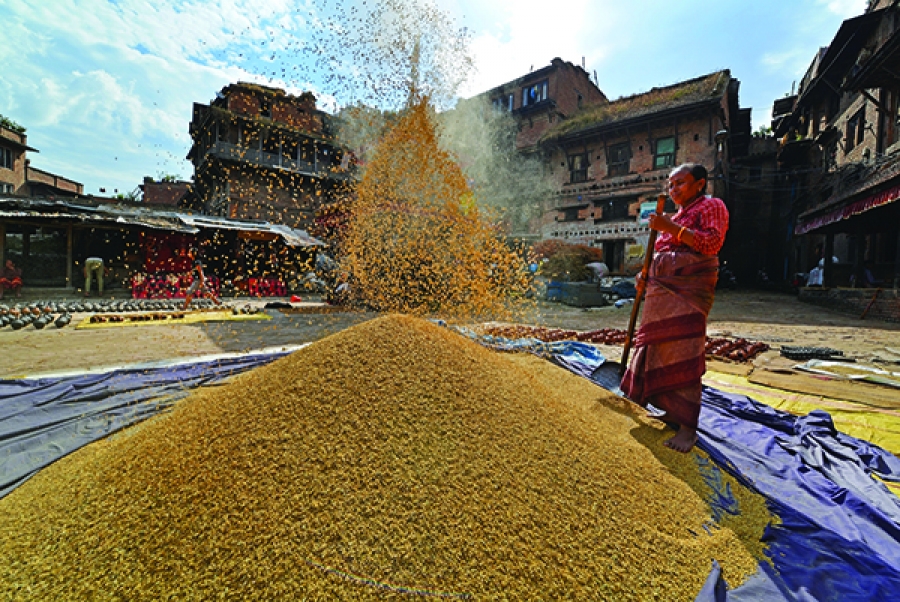 Four UC Davis students or alumni were recognized this week as pioneers and innovators for extraordinary contributions in food.

The World Food Center supported UC Davis nutrition professors at the 2016 Consortium of Universities for Global Health in a discussion on stunting, wasting and obesity in children among other global health targets.

Jan W. Hopmans will serve as interim director of the World Food Center effective May 1, on a partial appointment.

The collaboration has led to a much-needed tool for measuring dietary diversity, a key factor in diet quality.

The World Food Center is launching the Global Food Professionals program to equip the next generation of public- and private-sector leaders with the education, skills and experience to tackle 21st Century challenges in the planet's food system.

The Emerging Leaders in Policy and Public Service Fellows will work in summer public policy positions in state agencies and the legislature, nonprofits and UC Davis policy centers. The World Food Center will sponsor a position at the CDFA for an ELIPPS fellow.

Two of the world's top-ranking agricultural universities are teaming up with California and international policymakers to tackle one of the greatest challenges to food systems across the planet.

The World Food Center hosted the CDFA, the ARB and the Department of Conservation in a forum on California’s climate plan.

Planting seeds for the future of food

World Food Center Associate Director Josette Lewis represented the U.S. as co-author on this report on the findings from a conference hosted by Nestle.

The challenge of feeding a growing and changing planet begins with water and follows a roadmap of international partnerships that lead to global investments.

UC Davis and the World Food Center are launching the Consortium to Advance Next Generation Precision Irrigation and Fertilizer Management Systems. With partners in agtech innovation, the consortium will advance the commercial development and adoption of integrated irrigation and fertilizer management solutions.

Known as the Nobel of food and agriculture, the World Food Prize for the first time ever featured a UC Davis-led panel discussion on stage this week.

Pamela Ronald, Roger Beachy among most influential in biotechnology

Scientific American recently named the 100 most influential people in biotechnology, two of which are affiliated with the World Food Center: Roger Beachy, the founding director, and Pamela Ronald, a faculty director for the Insitute for Food and Agricultural Literacy, initiated by the World Food Center.

The first annual symposium by the Institute for Food and Agricultural Literacy convened journalists, scientists and foodies to discuss the controversies surrounding genetic engineering technologies.

A UC Davis student and his team, with help from a World Food Center advisor, have developed an award-winning idea for a software application helping consumers choose foods that meet their medication needs.